As of today, the app codebase known as Tablo PREVIEW for Amazon Fire TV and Android TV has been transferred to the main app to become new default Tablo app (version 2.0.0) for these platforms.

As we’ve worked to complete this new app interface, many Tablo OTA DVR customers have already been enjoying using Tablo PREVIEW. Now that the app has reached (and in some cases eclipsed) feature parity with our original Tablo app, we felt it was time to make the switch. 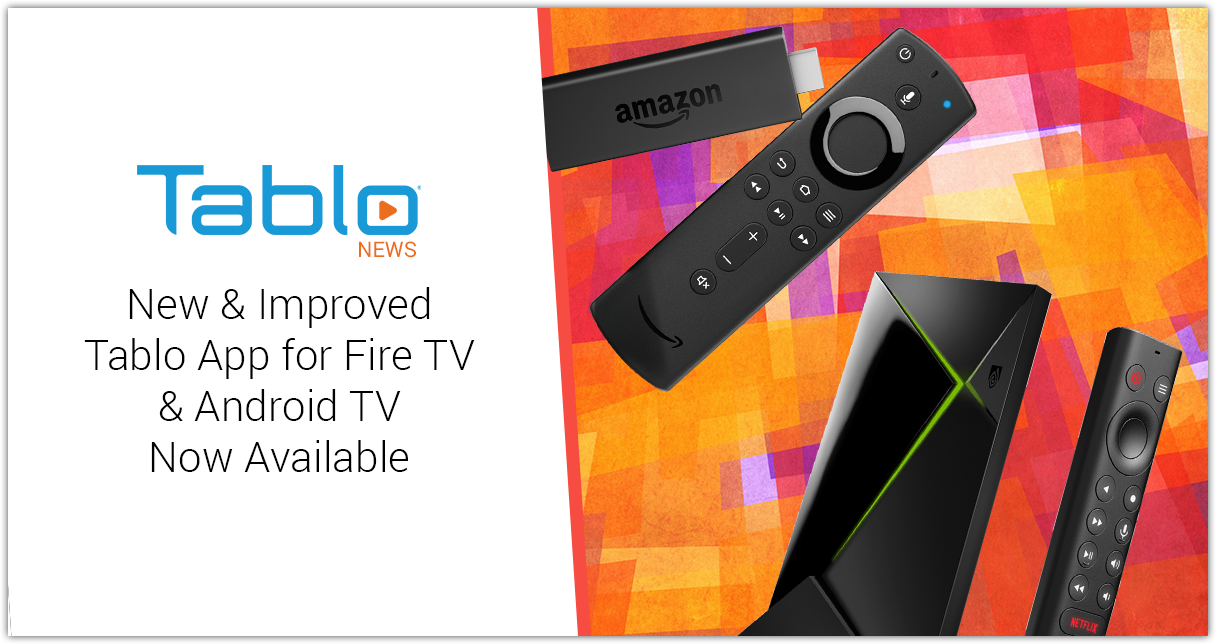 Keep reading to learn more about this change and what to expect from our redesigned and updated Tablo app for Amazon Fire TV and Android TV.

New & Improved from the Ground Up 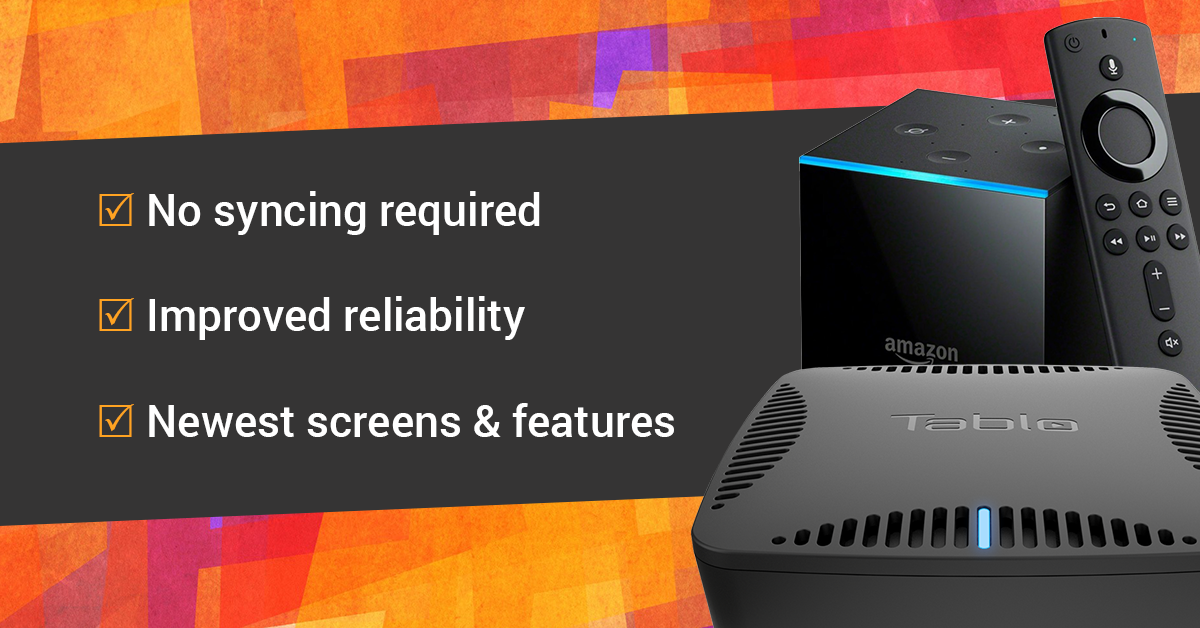 The goal of this project was to build a smoother, more user-friendly Tablo app for Amazon Fire TV and Android TV based on a back-end communication method originally developed for the Tablo Roku app.

Moving to this new communication method eliminates the need for the app to sync with the Tablo at start up, which was one of the biggest downsides of the original Tablo app.

Now Tablo users can jump right into the newly redesigned screens and features and start enjoying their favorite Over-the-Air TV shows on their Android TV and Amazon Fire TV devices.

A New Home for All Your Favorite Tablo Features 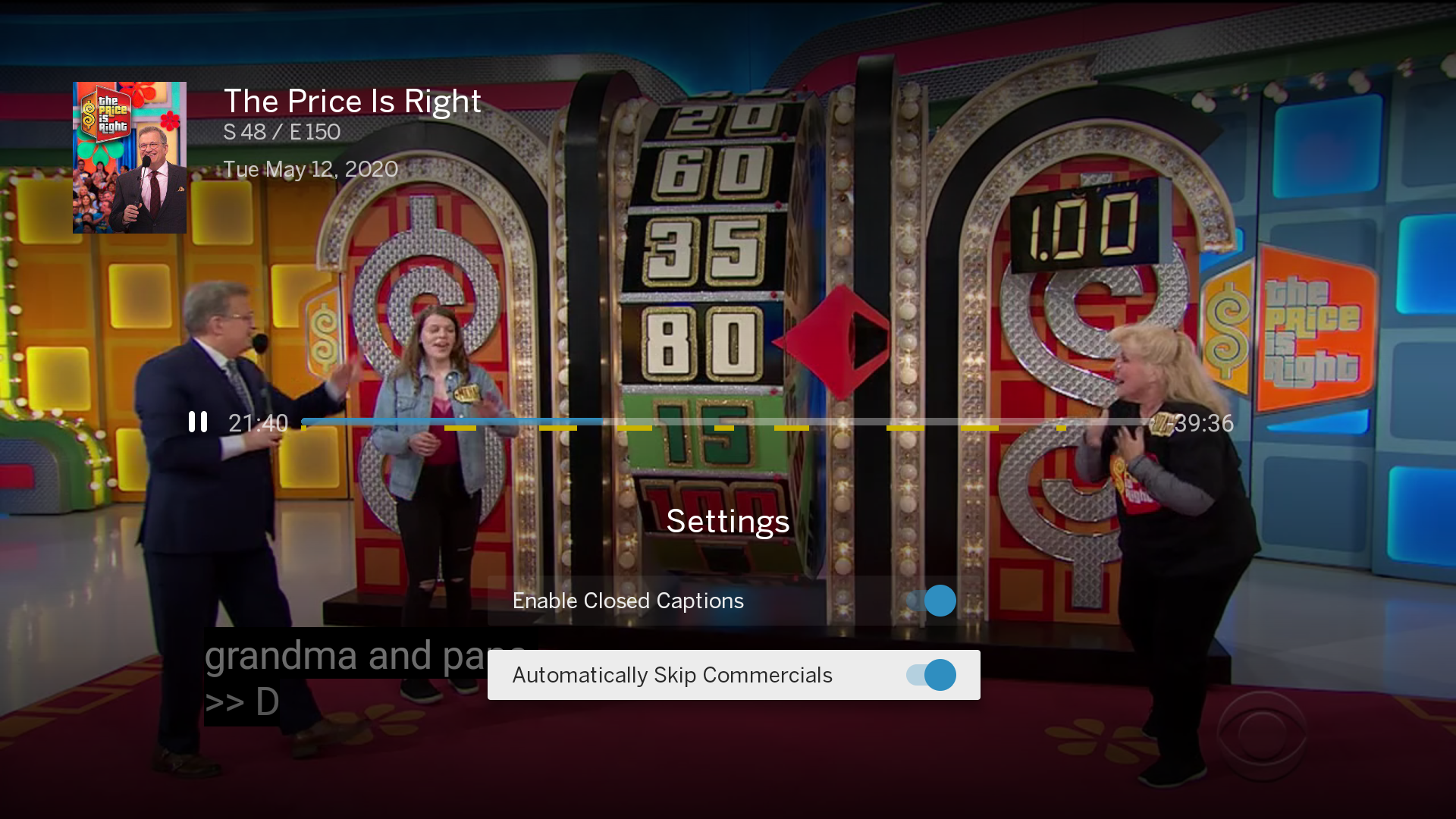 This newly updated Tablo app for Amazon Fire TV and Android TV devices includes all your favorite Tablo DVR features and screens including:

Tablo customers who’ve previously used Tablo Connect via the original Tablo app will be able to transition seamlessly to this new app for remote streaming as pairing data has been preserved. 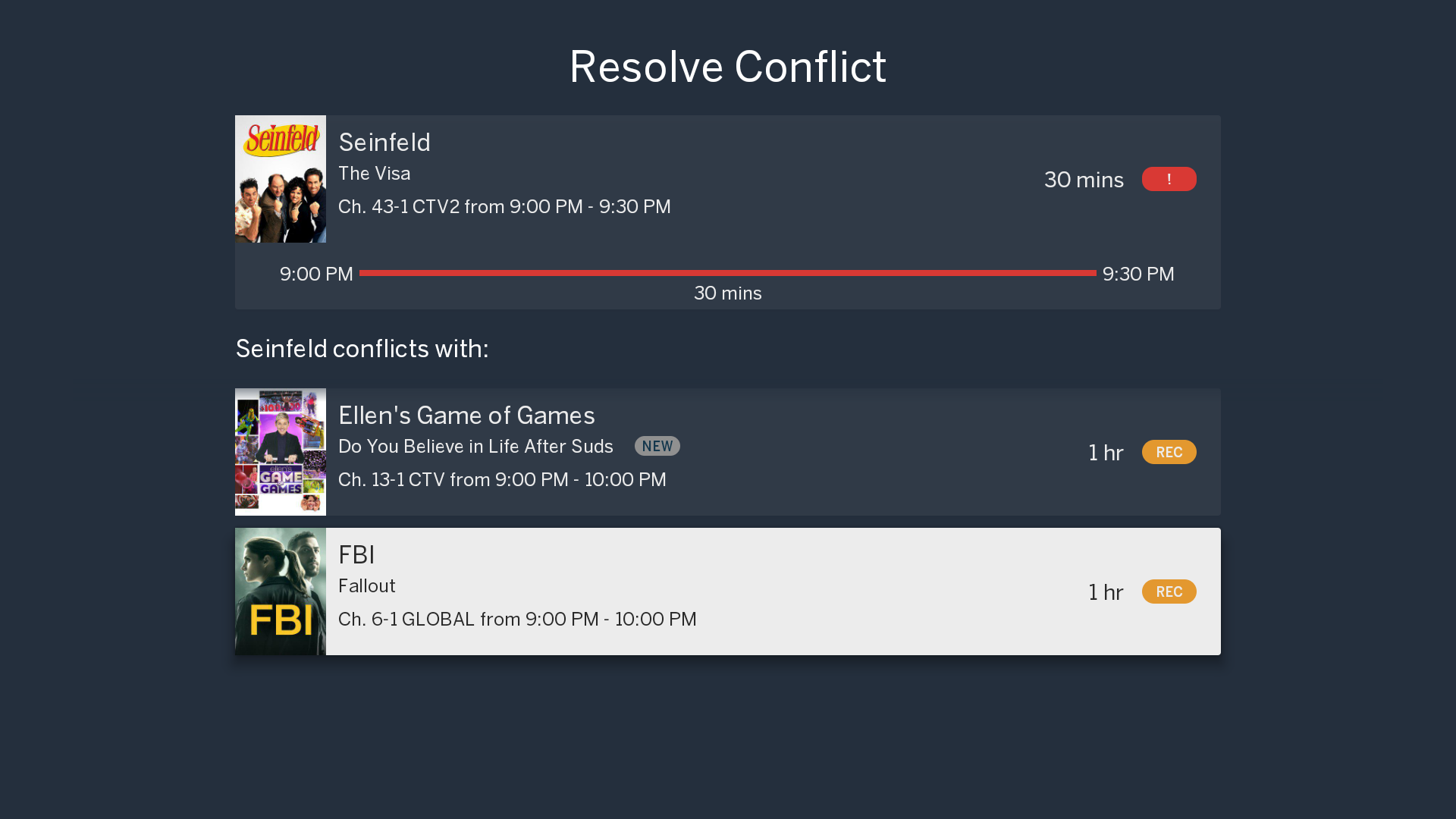 Programs in conflict will not be recorded by your DVR, so to avoid disappointment, recording conflicts should be resolved prior to the air date of the shows in question.

Simply select a conflicting recording (flagged in red) from the Live TV grid or from the SCHEDULED > COMING SOON screen.

Then select the RESOLVE CONFLICT button which will open a screen showing the conflicting scheduled recordings. Selecting one of the recordings scheduled will offer users the following options: 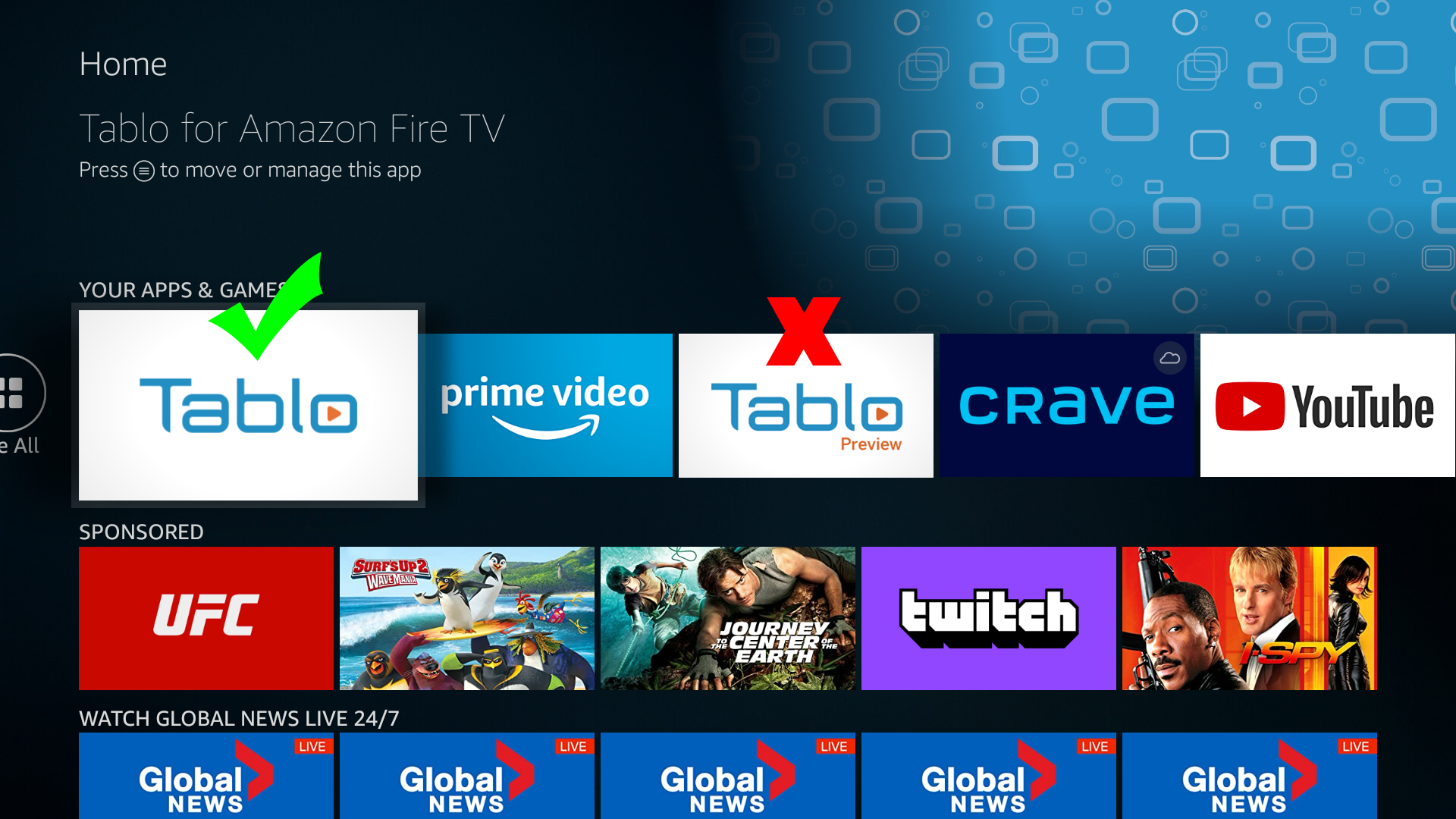 Tablo customers who’ve been using the original Tablo app and who have automatic updates enabled on their Amazon Fire TV or Android TV devices don’t need to take any action to enjoy this new app. Version 2.0.0 is available now.

If you’ve been using Tablo PREVIEW exclusively, you will need to look for, and download, the Tablo app from the Amazon app store or the Google Play Store. (Canadian users may need to search for NUVYYO instead of Tablo.)

We urge you to make the switch now as the current Tablo PREVIEW app will not support Tablo Connect, will no longer get updates, and will eventually be removed from the app stores. (Tablo PREVIEW has been removed from the app store as of March 22, 2021. If you haven't done so yet, please download the app marked Tablo and use this app moving forward.)

I really liked the original Tablo app. Is there a way to get it back?
Unfortunately it’s not possible to use or download the older app. While we understand that change can be difficult, we know you’ll enjoy this new version.

Is there a Tablo PREVIEW app for other platforms like Roku?
Back in 2015 there was a PREVIEW app for Roku as we transitioned from our original Roku channel. Now our apps on Roku, Apple TV, and iOS all use the same back-end communication method as this new app for Amazon Fire TV and Android TV for all or most of their interactions with your Tablo OTA DVR. As we continue to transition additional Tablo apps to this new back-end, we don’t anticipate any other PREVIEW app versions will be required.

How can I tell if I have the latest version of the Tablo app for Fire TV and Android TV?
Within the Tablo app go to SETTINGS and scroll down to the section titled FIRE TV or ANDROID. There you’ll see the application version (look for version 2.0.0).