How to Set Recordings on Your Tablo OTA DVR

We’re getting back to basics today to talk about how to set recordings on your Tablo OTA DVR. 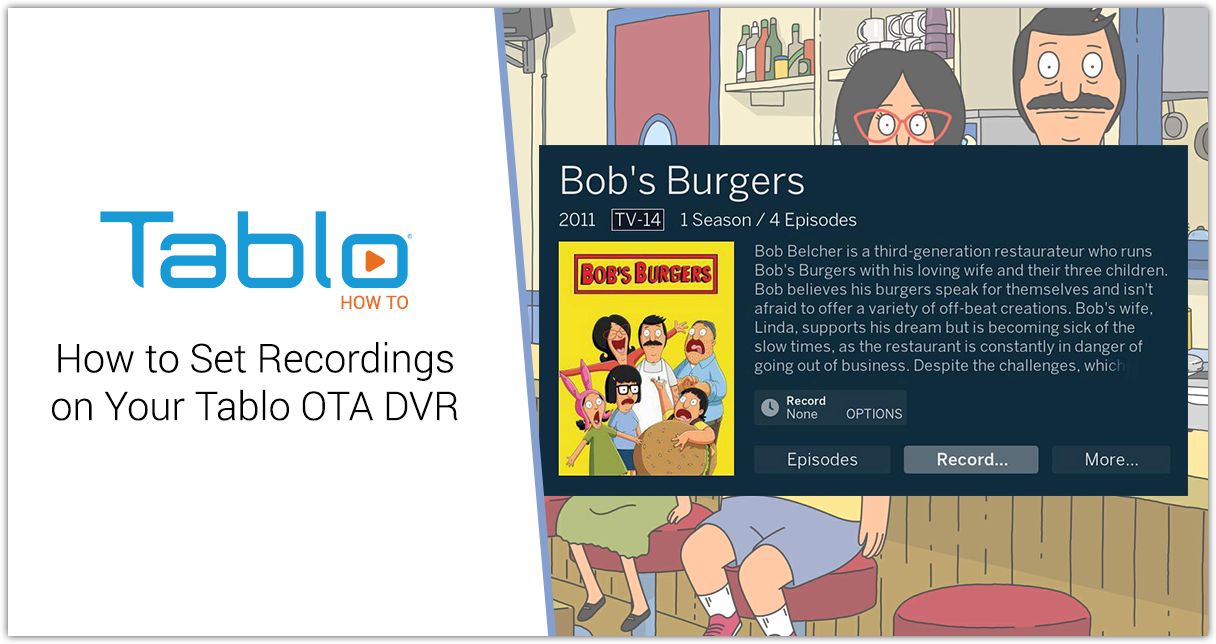 Even if you think you’re a Tablo expert, we guarantee this post will help you optimize your TV recording schedules.

Examples below show the interface from Tablo's Roku Channel. The interface on other Tablo apps and on Tablo DUAL HDMI & Tablo QUAD HDMI may vary. 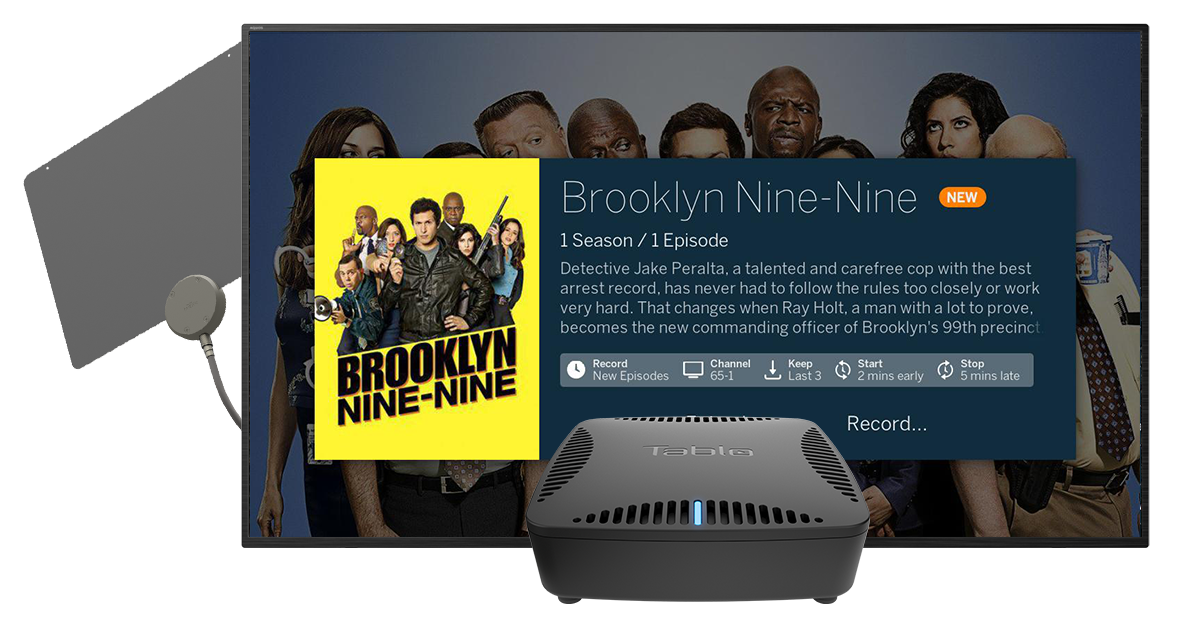 Your Tablo DVR’s recording scheduling relies on the rich TV Guide Data it downloads during its nightly maintenance routine. Those with 30-day free trials or active Tablo TV Guide Subscriptions (optional) always have a 14-day moving window of guide data, and those without will only have 24 hours.

The more TV Guide Data you have, the more work Tablo’s scheduling software can do, which means advanced settings like one-touch series recording are only available for subscribers.

Those who don’t choose to subscribe can still set manual recordings for any date and time and are not limited to recordings within that 24-hour window. More on that later…

Discovering TV Shows to Record on Your Tablo DVR

Tablo’s TV Guide Data is split between two types of screens in the Tablo app - the Live TV Grid and the filtered Guide screens (including TV Shows, Prime Time, Movies, and Sports).

The Live TV Grid will show you what’s airing over the next 24 hours in a traditional grid guide format that will be familiar to anyone who’s had cable or satellite TV.

TIP – Roku, Fire TV, & Andoird TV, and Tablo DUAL/QUAD HDMI users have the option to see a full 14 days in the grid guide.

The filtered Guide screens (for subscribers only) look a lot more like Netflix, letting you browse and set recordings for shows airing over the next two weeks. These screens also have secondary filters like Premiering and Channels that allow you to narrow your choices, as well as Search if you’re looking for a specific show.

TIP – Search is restricted to the guide screen you’re currently using so if you search for a daytime show like ‘The Price Is Right’ within the Prime Time guide screen, it will not appear.

Find a show – either via the Live TV Grid guide or one of the filtered Guide screens – and you’ll be presented with an option to record ALL Episodes or just NEW Episodes. Want to avoid recording re-runs? Choose ‘Record New’. Trying to amass a back catalog of a whole show? Choose ‘Record ALL’.

The best thing about series recordings on your Tablo DVR is that you can just set it and forget it! As new TV guide data gets downloaded, your Tablo will automatically schedule upcoming episodes to record. It’ll even continue to schedule recordings across seasons and through hiatus periods.

If there’s an episode within the TV series that you don’t need, you can easily un-schedule it from the episode list without losing your overall series schedule.

TIP – TV Series without airings in the next 14 days, or that aren’t airing on one of your local channels, won’t show up in your Tablo app screens. If you know the date/time/channel of the show you want to record, you can still set a manual recording for it.

Once you’ve set a TV series to record, you can personalize its schedule even more with Tablo Advanced Recording Options including:

Those who record TV shows that frequently air after sports programs can use Adjust Start/Stop to automatically add up to 3 hours of recording time to accommodate for potential programming delays.

You can also set a single episode of a TV series to record, either from the Live TV Grid or via the episode lists in the Guide screens. If needed, you can also apply Advanced Recording Options to a single airing once it’s set to record.

If you have ever owned a VCR, the method to set a manual recording should be familiar. From within the Scheduled screen, find the plus sign (+) and simply enter the date/time/channel you want to record.

Manual recordings with Tablo can be set for a single airing, or on a repeating schedule.

For those without active TV Guide Data Subscriptions, manual recordings are the only recording option available.

However, they’re also useful for active subscribers who want to set recordings with parameters outside of the norm – like an entire evening of programming in a single video file, or a one-time TV special you don’t want to forget to record that’s airing more than 2 weeks away.

Those with local TV channels re-airing newscasts multiple times a day under the same program name can also benefit from using a recurring manual program to only capture the newscast from a certain time frame each day.

The TV programs you’ve chosen to record will be shown within your Tablo DVR’s Scheduled screen. From here you can edit, adjust, or remove scheduled recordings.

Many apps also have a filter called ‘Coming Soon’ which shows upcoming scheduled recordings by date.

Within the Live TV grid guide, you will see upcoming scheduled recordings highlighted with an orange flag. Red flags highlight recording conflicts, which happens when you attempt to set more recordings within a specific timeslot than the number of tuners you have available.

There are also global Smart Scheduling settings and manage storage space on your Tablo DVR including:

As you can see, Tablo DVR recording options put you in the driver’s seat. Optimizing your recording schedules and your settings can ensure you spend more time enjoying your favorite TV shows, and less time managing your DVR.

Liked this post? Check out other Tablo how-to posts including: