Cutting Through the Cable Propaganda Around Broadband Price Hikes

With internet costs on the rise, some analysts — who sound a lot like the Borg collective — have decided this means it’s not worth cutting the cord on cable TV. They seem to think resistance is futile! 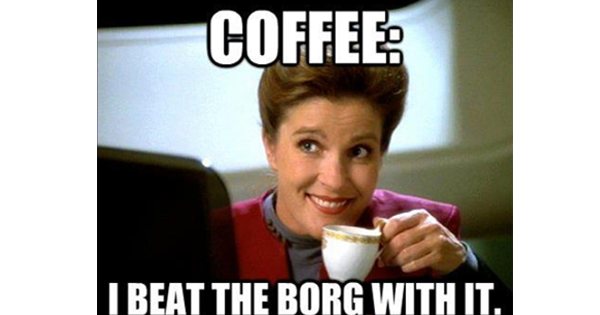 So what’s the back story on this industry FUD around internet costs? Well, it’s really quite simple: the cord-cutting revolution is hitting the cable companies where it hurts most — their bottom line.

Prices Are Up, But So Are Speeds and Plans

In an attempt to bolster shrinking revenue from lost TV/video subscriptions, media giants AT&T, Comcast, and Charter, are taking several approaches. Foremost among them are increasing the cost of home internet service along with some other less obvious strategies. In fact, Morgan Stanley recently reported that some cable companies have increased home Internet fees by as much as 12% (that’s $7/month) for high-speed subscribers. Similarly, fiber customers have seen slightly more modest increases of $5/month.

But there’s more to this price hike story than meets the eye. Since consumers are ditching traditional pay TV for streaming options, the demand for speedier internet packages is up.

“… on the cable side, average speeds rose from 43Mbps to 46Mbps, while fiber customers saw a sharper increase from 33Mbps to 40Mbps.”

Yes, consumers are paying more, but they’re also getting more for their dollar.

And, there’s another possibility to consider... These same consumers may have decided to upgrade to an unlimited plan to further support the switch to streaming TV.

(Worth noting for cord cutters, OTA TV is a great way to enjoy your favorite TV shows without using up any of your datacap. Check out our blog Data Cap Tricks for details.)

At the same time, some cable TV/video providers have been trying to retain TV subscribers by aggressively pricing broadband and TV bundles.

Effectively, internet-only subscribers are paying a slightly higher base price than those ordering bundled Internet, cable TV, and voice. The catch? Apparently, cable companies are hoping consumers will be happy to fork over an extra $20/month for TV without realizing that taxes, nonsensical fees, and set-top-box rental costs can turn that TV bundle ‘deal’ into a dud.

The biggest broadband savings are often available via independent ISPs. While not everyone is lucky enough to live in an area where there is a choice for high-speed internet, these smaller, more agile companies aren’t burdened by costly legacy infrastructure, and aren’t interested in selling you bloated TV services, with bogus fees, and hardware that you don’t need.

The net of it is, pay TV companies are more vulnerable than they appear. Alternative ISPs, Over-the-Top (OTT) streaming video services, and OTA broadcast TV are all winning in the war for consumer dollars and cutting the cord makes more sense every day.

More info and tips on how to get the best deals: