Well, the short answer is 2 extra tuners but the real question is what’s so great about having more tuners?

Well, the tuners inside your Tablo take the digital signal from your HDTV antenna and convert it into a digital file that can be played back on your screen. (Tablo uses HLS files which can be used by multiple client types including mobile devices like tablets.)

On your Tablo, three main actions require the use of a tuner:

Now that you know that, it’s easy to do the ‘Tablo Tuner Math’ to figure out what combinations you’re able to achieve with 2 tuners.

Here’s an example (thanks to Einstein): 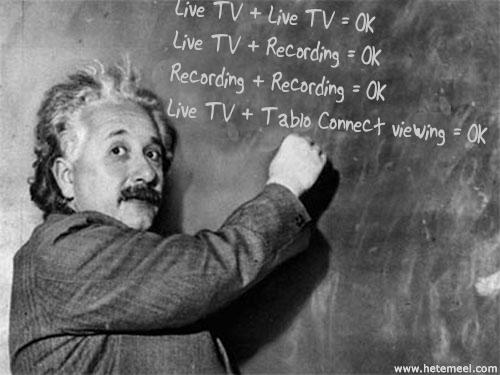 With twice the amount of available tuners, the 4-Tuner Tablo OTA DVR gives you the flexibility to:

One more reason to choose a 4-Tuner Tablo: Tablo also uses a tuner to process the fast forward preview thumbnails on recordings once they're complete, so having a tuner available at the end of a recording means you'll have access to thumbnails within minutes.

What Happens When You Don’t Have Enough Tuners?
So let’s say on the 2-Tuner DVR you’re recording an hour long program and watching the game on Live TV. Half an hour into the recording, a second program you’ve set to record attempts to use a tuner. In this case, your scheduled recording will cause live TV playback to be stopped (since Tablo prioritizes recordings over live TV playback) and you’ll get an error that says, ‘No Tuners Available’. 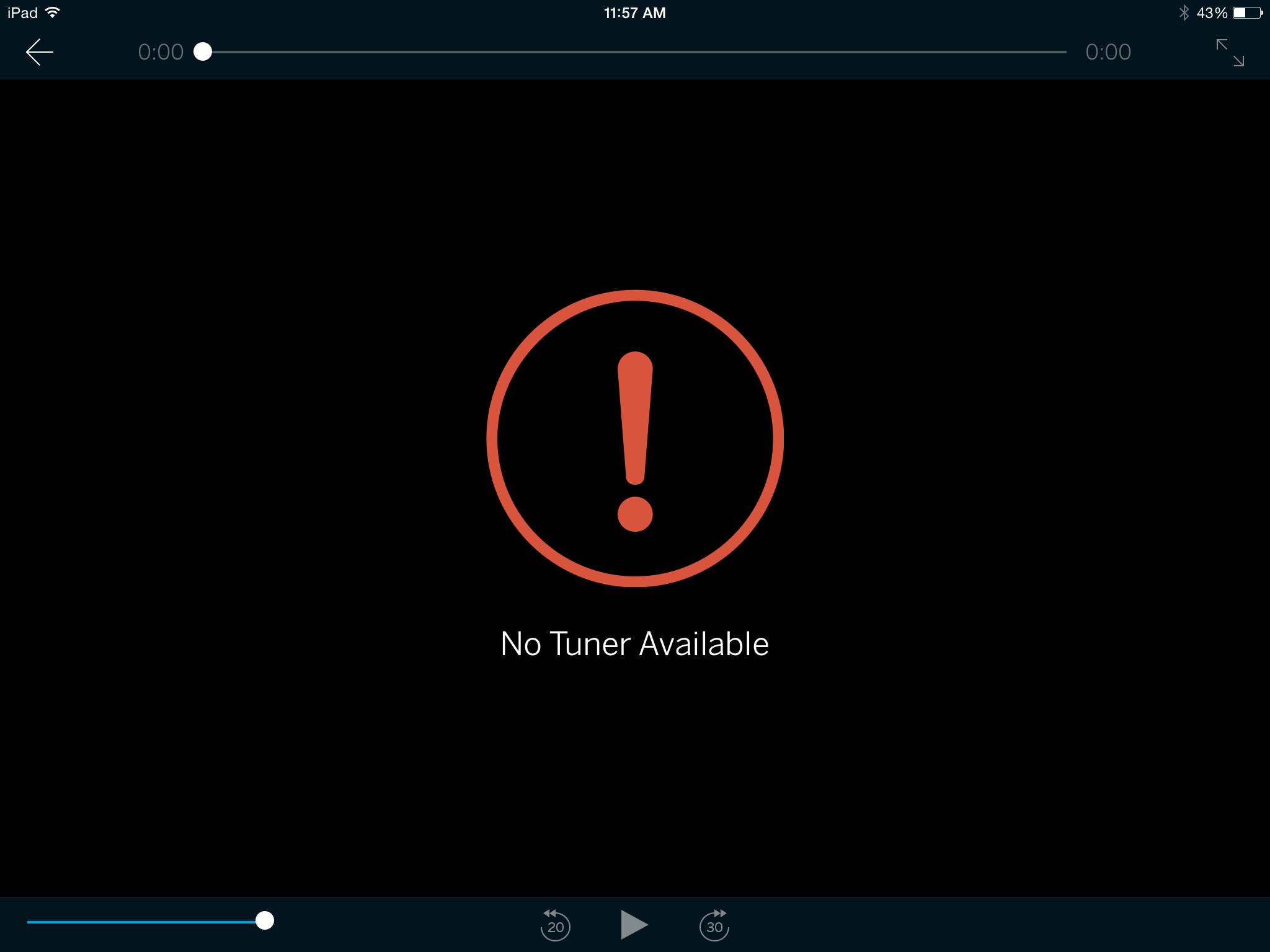 Getting back to your game is easy though. Just stop one of your recordings by going to LiveTV and deselecting the record button on the program you’d like to unschedule.

Obviously, having an additional two tuners will make this scenario far less likely.

What If I Want to Add More Tuners?
If you have a large family, or like to record a lot of TV, having even more than four tuners might be useful. This is why we’ve made it possible to run more than one Tablo on a single home network.

When you have more than one Tablo, when you log into your Tablo app you’ll be asked to select the Tablo you want to connect to. (On iOS/Android simply swipe the home screen from right to left to see the other Tablo units on your network, on the web app you’ll have a drop down, and on Roku you’ll have a list to select from.)

At this time, the app doesn’t offer a unified view of content on all of your networked Tablo units. This is why we suggest dedicating one Tablo for kids’ shows and another for adult shows, or whatever setup makes sense for your family.

This concludes our math lesson for today. Hopefully it was much less painful than high school calculus!