Hillary vs. The Donald – How to Watch the 2016 Presidential Debates as a Cord Cutter

Fall is here and that means November’s US Presidential Election is almost upon us. Before Americans go to the polls, the candidates have four opportunities (three presidential debates and one vice-presidential debate) to convince us that they deserve our vote over the other guy (or gal). Whether you’re a fan of Trump or Clinton or third-party candidates like Gary Johnson or Jill Stein, the debates will give you a better idea of the policies and values each candidate truly stands for.

Who you’ll see behind the podium depends on public polling. In order to participate in the debates, a candidate must have a minimum of 15% of the vote. With today’s polling numbers, it seems the early debates will feature Hillary Clinton versus Donald Trump. However, Gary Johnson could potentially hit the threshold and become a dark-horse entrant to the later debates. Jill Stein, like you, will likely be watching from home. 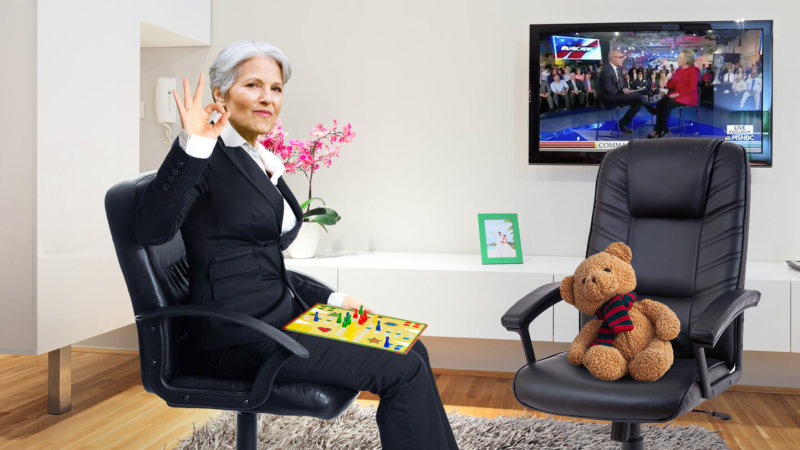 If you’re a cord cutter you might be researching how to watch the debates, but it’s actually quite easy since they’ll be broadcast live on all local Over-the-Air channels. All you need is a digital antenna.

Watch with Your Antenna 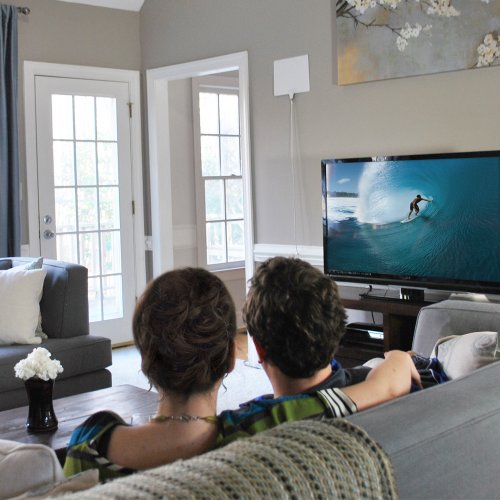 During the debates, your local Over-the-Air stations (ABC, NBC, FOX, and CBS) will all carry the live feed so you should be able to receive at least one if not all of these stations without a problem. This wall-to-wall coverage means you can even flip between the channels if you like some commentators more than others. All networks will be offering pre- and post-debate coverage too giving you similar, if not better, coverage than any of the cable news networks.

I can’t stress how awesome this is especially since you’ll be able to watch it all for free. Why pay to watch a cable network when you can get four options (or more) for coverage and not have to pay a cent?

If you’re looking for a good antenna, I personally use the Mohu Leaf 50. But honestly, there are a ton of great ones out there!

What if You Can’t Watch When the Debates Live?
While having free access to live, local TV with an antenna is pretty awesome, the one place cord cutters might feel restricted is when they aren’t home to watch the program they want to see. That’s where an over-the-air DVR like Tablo comes in. Tablo will allow you to record each debate (and all of your other favorite sitcoms, dramas and sports) so you can watch whenever it’s convenient. It really allows you to have a more cable-like experience without being forced into a ridiculous bill each month. 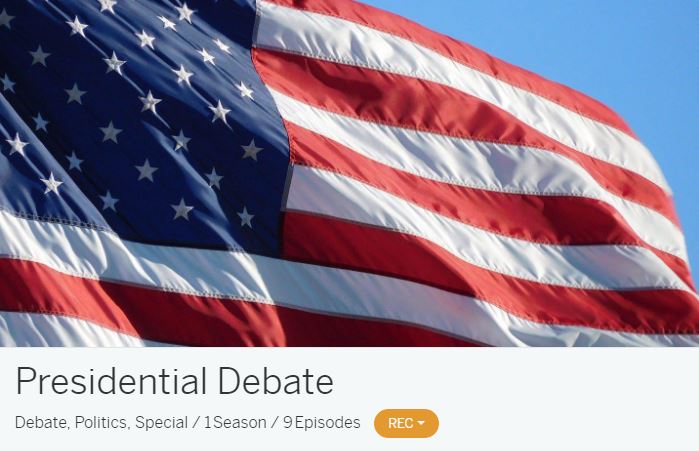 What if I Want to Watch the Debates On-the-Go?
If you have an antenna, and you’re rocking a Tablo at home, you’re set mobile viewing. Since it connects to your home network instead of a single TV, Tablo can stream the debates live to your phone, tablet or laptop. How cool is that?

And in case you forgot, here is the complete schedule of the debates. All debates will occur from 7:00-8:30 p.m. ET.