For a limited time we're offering a FREE amplified Over-the-Air HDTV antenna FREE with every Tablo OTA DVR bundle purchased via our TabloTV.com web store in both the United States and Canada.

If Santa failed to deliver the Tablo DVR that was on your wishlist, don't worry! We're offering great deals on refurbished 2 AND 4-Tuner Tablo DVRs during our Boxing Week sale!

Who Needs to Wait for Black Friday? - Tablo Refurb Sale On Now 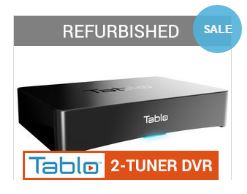 If you've been eagerly awaiting a screaming deal on a 2-Tuner Tablo DVR, you're in luck... and you don't even have to wait for Black Friday!

From now until December 7th (or while supplies last) our lovingly refurbished 2-Tuner Tablo DVRs will be available at blowout prices!

Tablo Gets Excellent Reception at CES 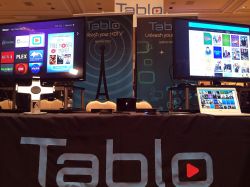 The Tablo Team has been at the International Consumer Electronics Show (CES 2014) in Las Vegas this week demonstrating our Tablo DVR and apps to journalists and industry experts. Business has been brisk at the booth and we’ve been overwhelmed by the amount of positive coverage we’ve received so far.